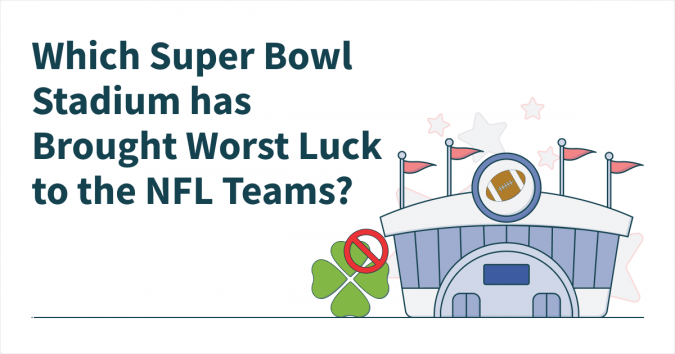 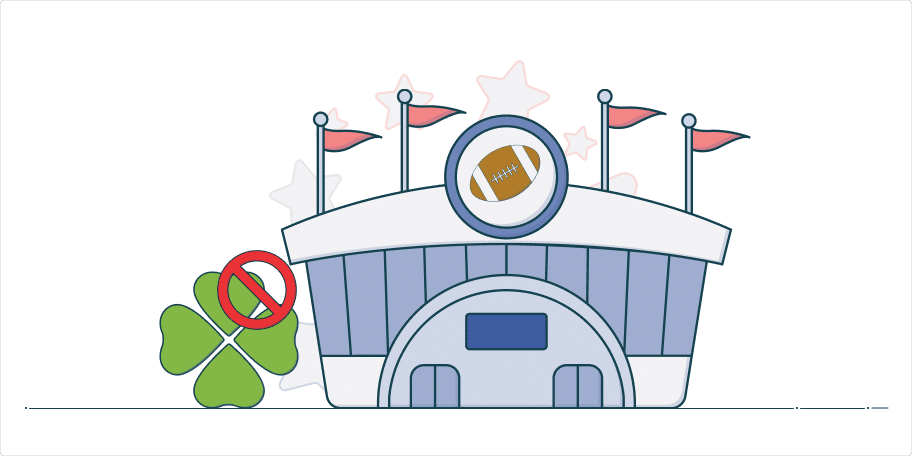 The NFL regular season is in the book, the playoff contenders have been finalized, and we’re a step closer to finding out who will be crowned Super Bowl LVI winner at SoFi Stadium in California next month.

Just how important is the venue of the Super Bowl when it comes to determining the result of football’s biggest game? In this blog, using information from Statista, we’ll be looking at five of the game’s most famous venues – the Superdome, Orange Bowl, Qualcomm Stadium, Tampa Stadium, and the Rose Bowl – and seeing how teams with multiple Super Bowl victories have fared there.

The Superdome has hosted the Super Bowl seven times, most recently in 2013. The Broncos and Patriots share the NFL record for the most Super Bowl losses with five apiece. Both teams have twice been losers at the Superdome, with Denver suffering a record-breaking 55-10 loss to the 49ers in Super Bowl XXIV. The Louisiana venue has been a happier hunting ground for New England, though, with Bill Belichick and Tom Brady inspiring the Patriots to their first World Championship with a win over the Rams in Super Bowl XXXVI. 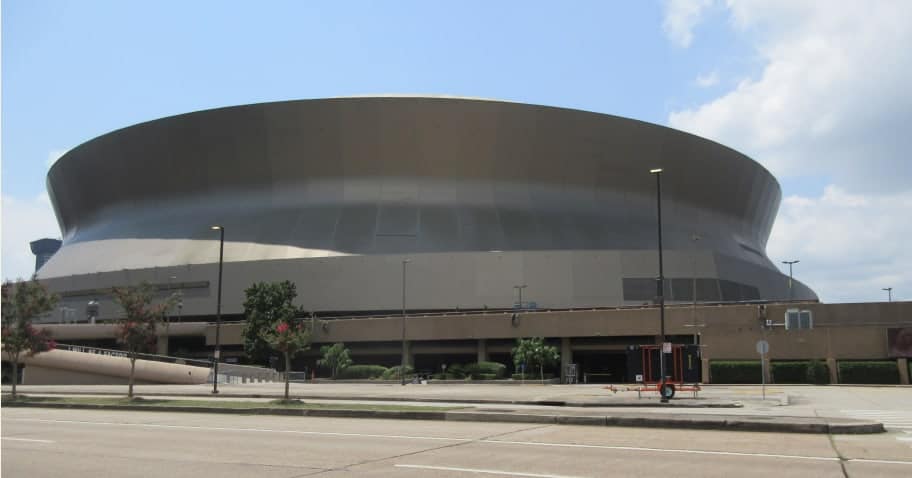 Fans of the Dallas Cowboys must have been glad when the Orange Bowl in Miami closed its doors for the last time in 2008. The men from the Lone Star State have been beaten in the Super Bowl three times, with all three defeats coming at the Orange Bowl. The Orange Bowl was also the scene of one of the most famous upsets in Super Bowl history; then Joe Namath and the New York Jets stunned the heavily favored Baltimore Colts 16-7 in Super Bowl III. The Florida venue was also the first with artificial turf to host the big game. 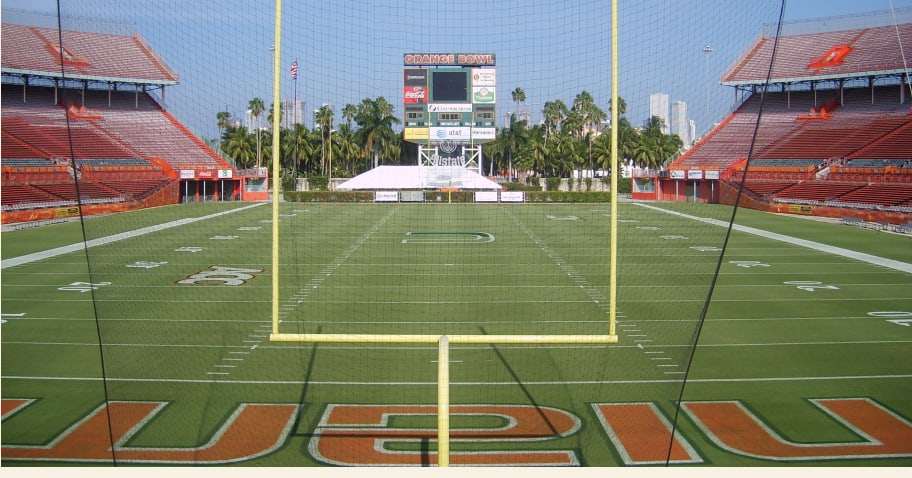 Formerly known as Jack Murphy Stadium, later named Qualcomm Stadium, and demolished in 2021, San Diego Stadium hosted three Super Bowls between 1988 and 2003. It will be a stadium that serves up mixed memories for fans of the Denver Broncos. The team were routed 42-10 by Washington in Super Bowl XXII but secured their maiden world title a decade later. Inspired by MVP Terrell Davis, the Broncos stunned Green Bay by a score of 31-24 to give the Broncos the first victory in five attempts. The defeat in San Diego is also the only time the Packers have lost in a Super Bowl. 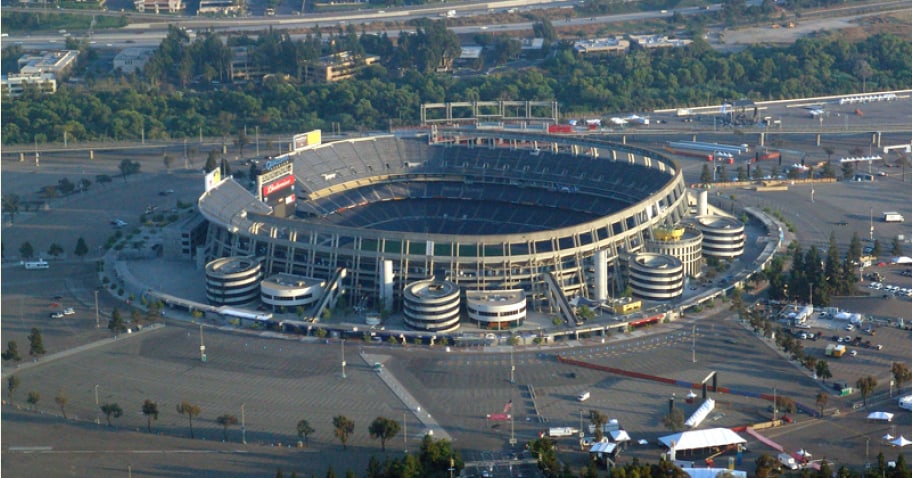 The city of Tampa has hosted the Super Bowl five times. The first two games took place at Tampa Stadium (aka The Big Sombrero), with three more following at Raymond James Stadium. The Buccaneers became the first team to win the Super Bowl at their home venue after downing the Kansas City Chiefs 31-9 at Super Bowl LV in 2021. The New York Giants beat the closest-ever Super Bowl at Tampa Stadium, defeating the luckless Bills 20-19 following Scott Norwood’s infamous last-second field goal miss. The Giants also suffered their only Super Bowl defeat in Tampa, losing to the Baltimore Ravens at Raymond James Stadium in January 2001. 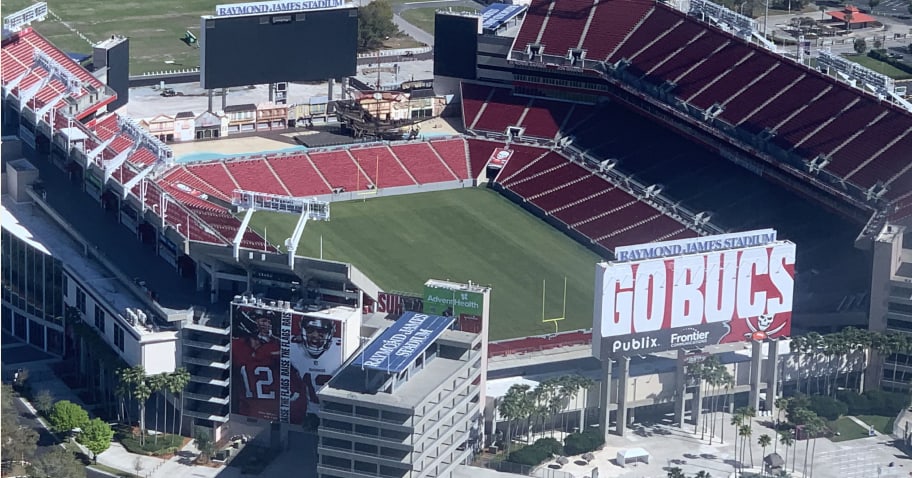 Despite never having had an NFL team call it home, the Rose Bowl has played host to five Super Bowls. The Raiders, Giants, and Washington have all won multiple Super Bowls, and all three teams secured their first World Championship at the Rose Bowl.

The California venue has also been a happy hunting ground for another NFC East team. The Dallas Cowboys achieved their biggest victory in the big game, defeating the hapless Bills 52-17 at Super Bowl XXVII in 1993. The other team to taste victory there was Pittsburgh which became the first team in NFL history to win four Super Bowls after downing the Rams 31-19 in January 1980. 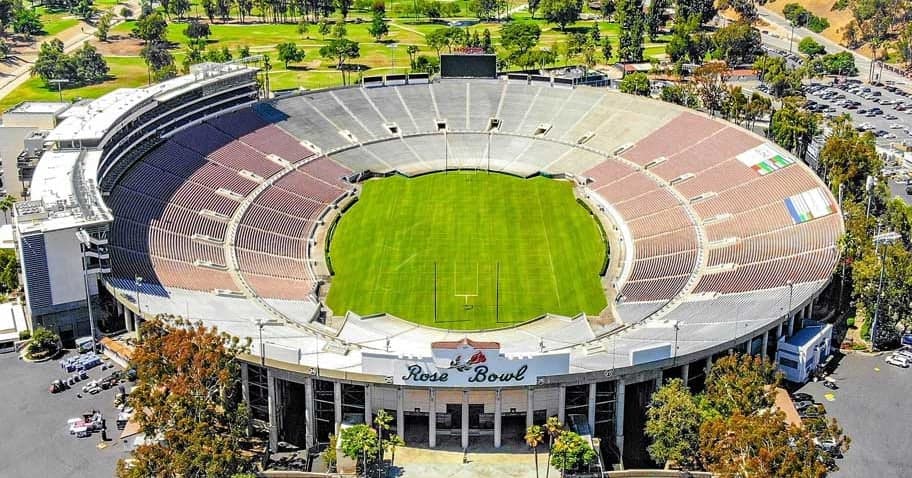